Serving a lewk while keeping from freezing ❄️ 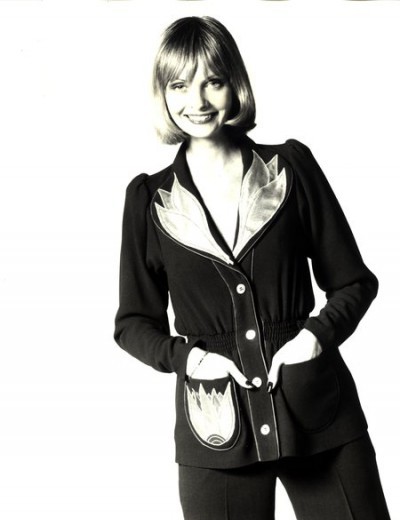 There are certain designers whose work is a definition of a time, whose work is amazing, and yet who still aren’t as well known as some of their peers. Janice Wainwright is one of these designers, but loves, let me tell you: her work is well worth a designer spotlight, and this appearing slight actually makes these stunning vintage pieces more affordable to own. 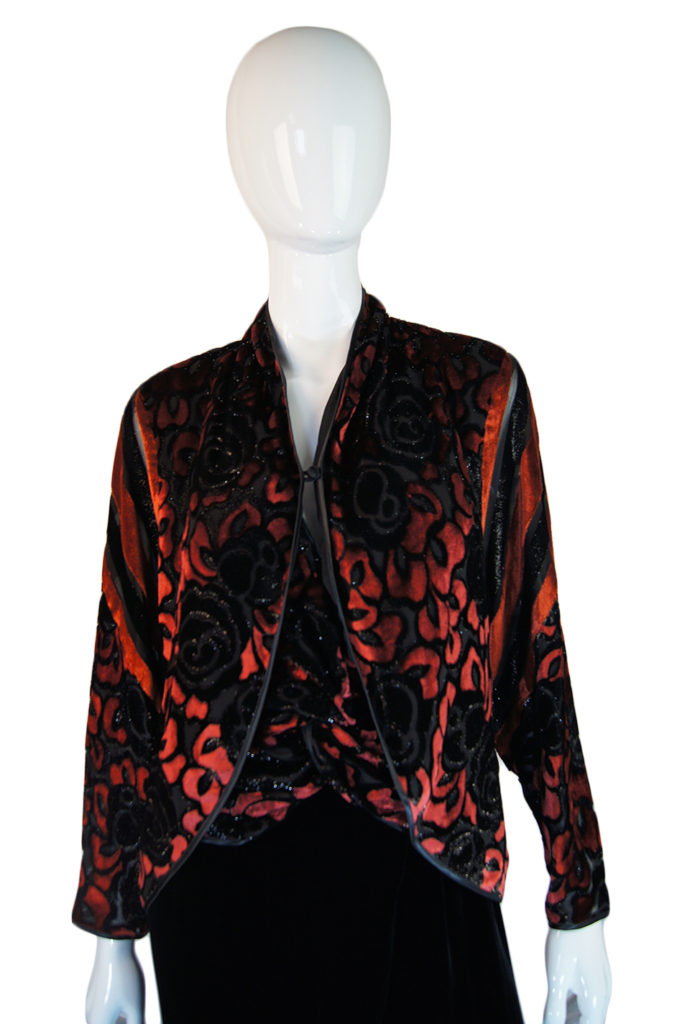 While Wainwright honed her signature style at her own labels, she is collectively known for:
*the use of fine jerseys and chiffons
*Bias cut dresses
*tailored suits
*tops and skirt sets
*extensive use of embroidery, including Art Deco motifs and birds/flowers
*Long and lean shapes

The above is the Janice Wainwright that’s in my collection. Long, lean, and amazing details and embroidery? I couldn’t resist it when I got it from my love RecessLa, though (funny story), I didn’t realize it was a Wainwright when I fell in love with it! (You can get all the details and pics from this amazing shoot here) 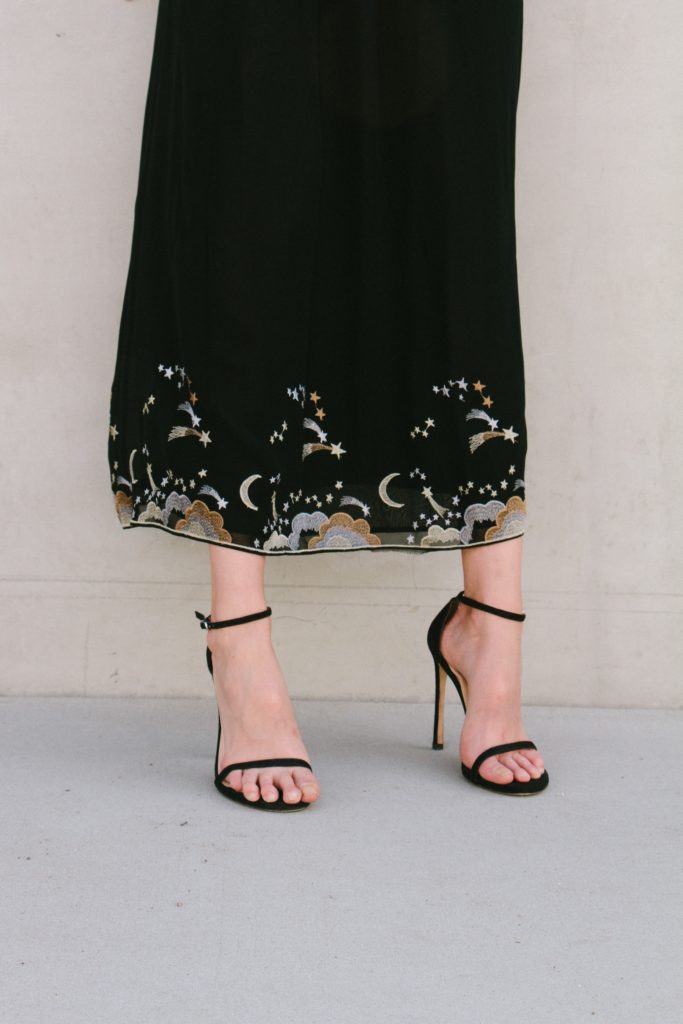 Janice Wainwright was a contemporary of Ossie Clark, a designer that he respected greatly, and the only designer besides Ossie allowed to use Celia Birtwell’s textiles. (Need a refresher on Ossie Clark? I got you covered here). And while there are obvious parallels between the two designers, Wainwright’s cult following is a bit smaller than Clark’s. However, loves, this is not a bad thing. What this means is that the amazing pieces with a Wainwright label are a bit more affordable to collect! With any vintage designer, it’s never really promised to be available, but if you’re interested in shopping Wainwright a great place to start is your local, high end vintage shop. And online: 1stdibs, Shrimpton Couture, and Etsy. 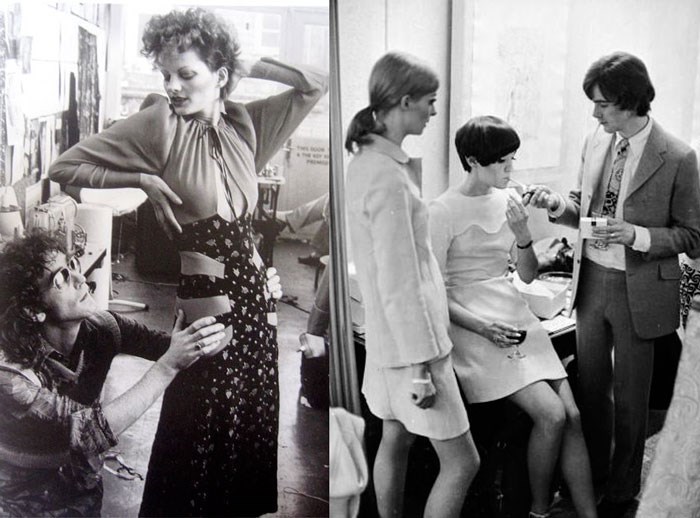 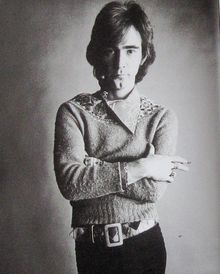 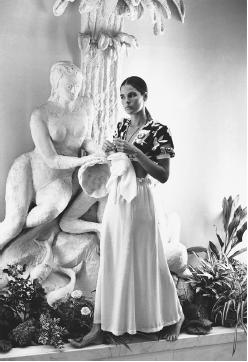 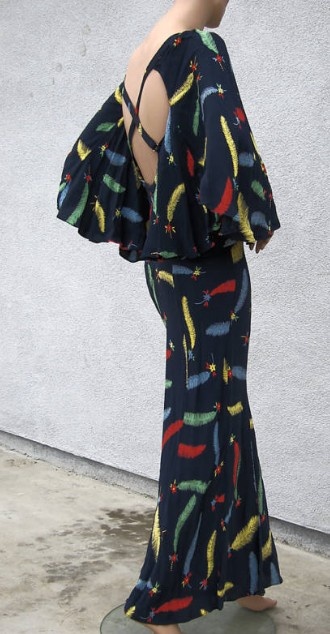 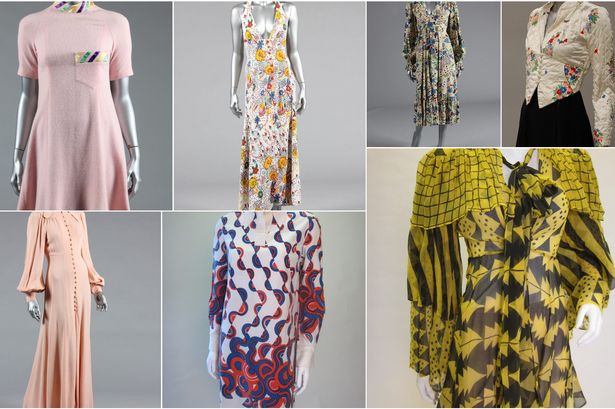 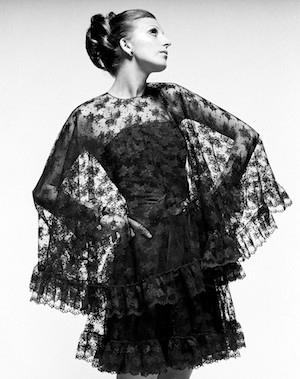 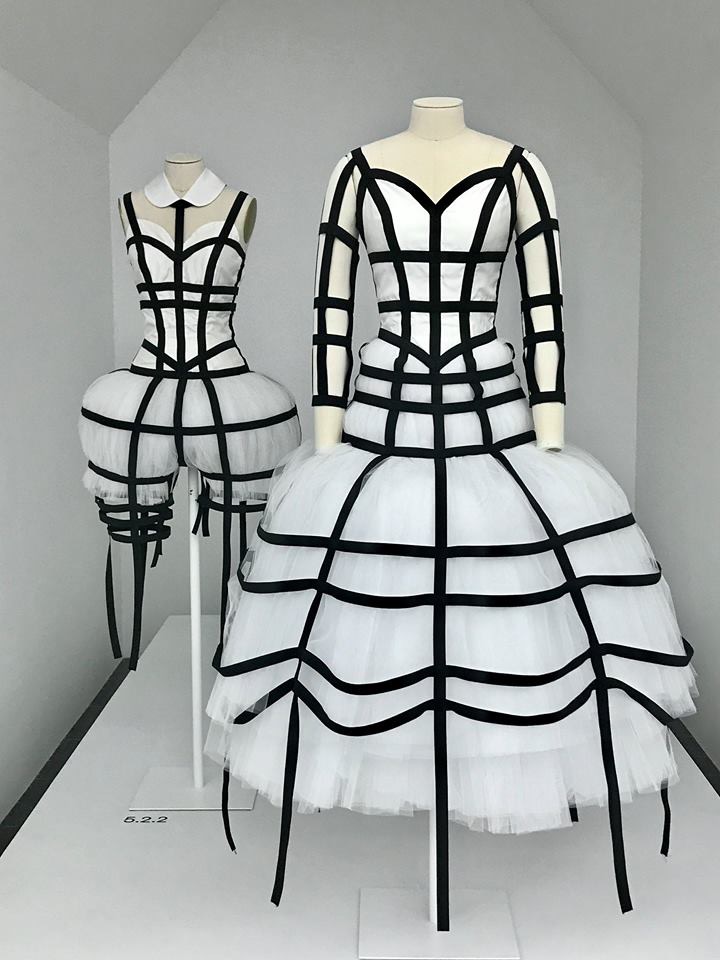 By now the Met Gala, theme of Rei Kawakubo, has come and gone–you probably have an opinion about the red carpet, and may agree with me that Rhianna won it (just because she stuck to the theme). What you may not have is a wide understanding of Rei Kawakubo, her designs, and her label Comme des Garçons. Loves, you should know. Kawakubo and Comme des Garçons are fashion in its highest form, and I don’t mean that you’ll find the perfect LBD; but in the sense that clothing will be playful, fantastical, experiment with shape, form, and gender roles, push boundaries, and be a calling to something higher.

Comme des Garçons and Kawakubo are known for original designs, big shapes, non-genderconforming designs, and mixing tailored pieces with corsets. The first few collections were done in only black, white and gray; and the runway shows to this day are more performance art than collection presentation. Comme des Garçons were the first to present designs that seem conventional now: unfinished hems, asymmetry, black, overblown and deconstructed silhouettes; what we wear today holds a debt of gratitude to these collections that read more like poetry than a standard runway. Kawakubo is known for playing with these themes:
-absence/presence
-design/not design
-fashion/anti-fashion
-model/multiple
-high/low
-then/now
-self/other
-object/subject
-clothes/not clothes
These these run through every collection and are on view in the 150 outfits on view at the Met.

Rei Kawakubo was born in Tokyo in 1942, the oldest of 3 and the only girl.After college she took a job in advertising/textiles, but also worked as a freelance stylist. With no design background, Kawakubo started her line in 1973, opening her first boutique in Toyko in 75. Comme des Garçons grew, adding a men’s line in 78, presenting in Paris in 81, and opening a Paris boutique in 82. Kawakubo now splits time between Paris and Toyko. Known for powerful and directional design that’s been called “radical abandonment of conventions” and “stunningly audacious”. Kawakubo not only dares to rework the relationship of clothes to the body, she involves herself in all business aspects from graphic design to advertising to shop interiors. However, Rei Kawakubo is till thought of as a recluse, an extreme introvert who keeps to herself; even though she is a fashion icon, she doesn’t think of herself that way.

Kawakubo and Comme des Garçons have inspired all aspects of fashion, as well as sub labels such as Junya Watanbe, Tao Kurihara, and Comme des Garçons Tricot. There are also several collaborations Comme des Garçons participated in including ones with :Fred Perry, Converse, Speedo, Nike, Moncler, Lacoste, Cutler and Gross, Chrome Hearts, Louis Vuitton, H&M, and Supreme (all of which might be found on a luxury resale site or eBay). Much of what we wear or think is cool is owed to Kawakubo.

Shocked that someone who is a self admitted shy girl can design clothes that make such loud statements? I’m not. Isn’t that part of the fun of fashion? It speaks for us, when we can’t? In fact my favorite quote about Kawakubo comes from Paul Gaultier, who said:
“I believe that Kawakubo is a woman with extreme courage. She is a person with exceptional strength. Moreover, she has a poetic spirit. When I see her creations, I feel the spirit of a young girl. A young girl who still has innocence and is a bit romantic. Yet she also has an aspect of a fighting woman, one who fears nothing as she thrusts forward.”
If your clothes can say all that, what else is left to say?

I’d love to know: what are your thoughts on Rei Kawakubo and the Met Gala?

And shop one of my fave luxury resale websites: