Serving a lewk while keeping from freezing ❄️

In the past week there has been a lot written about Kate Spade. About how her iconic handbag, bright and preppy aesthetic, and affordable pieces made women feel grown up. About her battles, and how she worried that her issues would negatively affect her brand. About how much she was loved.

I can relate to all of that. Like Kate Spade, I want my fashion and shopping to inspire you and make you feel like your best self. And, like Kate Spade, I worry that any personal issues I have might negatively affect my brand. Knowing how much to admit about what you struggle with is difficult in any setting, but especially so when you worry about how it might affect your business. This is the part where I let you know that I’m no expert. There has been so much written about how to reach out if you’re struggling, that you should reach out if someone you love is struggling, and how we should all be a little more compassionate. I wholeheartedly agree with all of that. And know it’s complicated. So, my take is that we all suffer a bit. We should all love each other a little bit harder, and maybe be a little more honest. And, maybe most important, maybe we should do a lot more of what brings us joy-be it having a bag that makes you feel like a grown up or something else.

Kate Spade was so much more than a bag designer and there have been wonderful pieces written about her brand, attention to detail, and how her bag changed “the game”. I hope you’ve read them and come to admire Kate for all that she was. Below is a short recap of Kate Spade’s career: 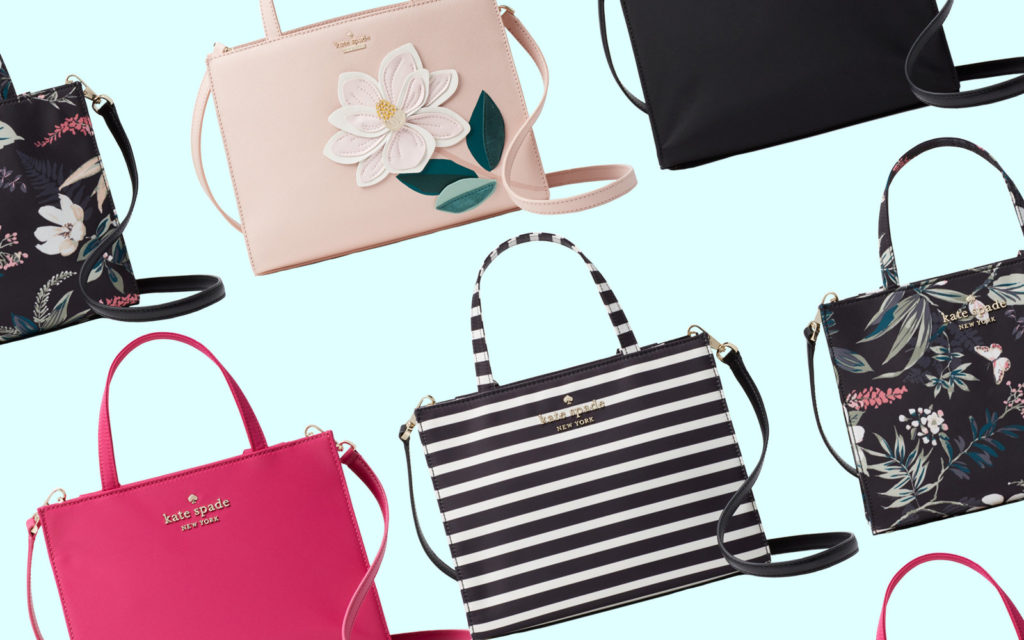 After working in the accessories department at the fashion magazine Mademoiselle, Brosnahan and her husband Andy Spade founded the business in 1993, identifying a market for quality stylish handbags. The handbags that she designed and produced quickly became popular due to their sophistication and affordability; they have been described as a symbol of 1990s New York City.

The company expanded into other product lines. In 1999, she sold a 56 percent stake in Kate Spade New York to Neiman Marcus Group; in 2006 she sold the rest of her shares.[4] In 2016, she and partners launched a new fashion brand called Frances Valentine.

Early Life
Spade was born in Kansas City, Missouri, the daughter of June (Mullen) and Earl Francis Brosnahan,[5] who owned a road construction company.Her ancestry was mostly Irish. After graduating from St. Teresa’s Academy, an all-girl Catholic high school, she attended the University of Kansas. Later she transferred to Arizona State University, where she joined Kappa Kappa Gamma, and graduated with a journalism degree in 1985.

Fashion was a love, she recalled later, but not an obsession. Her original goal was to become a television producer, and she cited the example of Holly Hunter’s character in the 1987 film Broadcast News as her inspiration.

Mademoiselle
In 1986, Spade worked in the accessories department at Mademoiselle magainze in Manhattan, where she was credited by her maiden name, Katy Brosnahan. While at Mademoiselle, she started living with Andy Spade, a native of Scottsdale, Arizona. The two had worked side-by-side as salespeople in a men’s clothing store, Carter’s Men Shop, back when Spade was still in Phoenix.

She left Mademoiselle in 1991, with the title of Senior Fashion Editor/Head of Accessories. While working for Mademoiselle, she had noticed that the market lacked stylish and sensible handbags, and decided to create her own.

Kate Spade NewYork
Kate and Andy Spade launched the New York–based design company “kate spade handbags” in January 1993. “I wanted a functional bag that was sophisticated and had some style,” Spade would later recall. She made six prototypes with Scotch Tape and paper, and found a manufacturer in East New York willing to work with a startup to turn them into actual bags. To finance the company, Andy, who had worked as a copywriter, withdrew his 401(k) pension plan, and sometimes paid employees with personal checks. The couple spent their shipping season living at friends’ apartments, since their own was filled with boxed handbags.

Kate was undecided as to what name to give the company, because she and Spade had not yet married, and “Kate Brosnahan” did not sound like an ideal name for a fashion label. She considered a number of names, but agreed when Andy suggested “Kate Spade” — a combination of their names that he found euphonious. After an early show at the Javits Center at which the department-store chain Barneys ordered a few bags, Kate decided to put the bag’s labels on the outside, a change that took her all night to make, but established the brand.

The bags, priced in the $150 to $450 range, quickly became popular, particularly in New York. Teenage girls with disposable income appreciated that the bags at the lower end of the price range were affordable. That was “a real shift” in fashion, said Fern Mallis, director of the Council of Fashion Designers of America (CFDA) during the 1990s. “Everybody had Kate Spade bags. You could afford them, and happily buy more than one.”

Young American women at the time also liked the sophisticated look. One woman recalled to Sarah Maslin Nir in The New York Times later that the Kate Spade bags looked mature, without being too adult for a teenager as a Burberry bag would have been seen. “At the turn of the last century,” Nir wrote, “her bag came to encapsulate a decidedly Manhattan moment in time”, a moment when Vogue editor Anna Wintour recalled that it was impossible to walk a block in the city without seeing one.

In 2004, “Kate Spade at home” was launched as a home collection brand. It featured bedding, bath items, china, wallpaper and various items for the home. Later in 2004, Spade also published three books on the subjects of etiquette, entertainment, and fashion—Manners, Occasions, and Style. That same year, a Kate Spade store was opened in Aoyama, Tokyo in Japan.

Neiman Marcus Group purchased 56 percent of the Kate Spade brand in 1999, and the remaining 44 percent in 2006. The Group sold the label in 2006 to Liz Claiborne Inc., for $124 million; it was later renamed Fifth & Pacific. The company was purchased by Coach, Inc. in May 2017; both Coach and Kate Spade are now part of Tapestry, Inc.

France Valentine
After selling the remaining portion of her ownership stake in the Kate Spade brand in 2006, Spade took time off to raise her daughter. In 2016, she and her business partners launched a new collection of luxury footwear and handbags under the brand name Frances Valentine. The name Frances is a family name on Spade’s paternal side; her daughter is named Frances, as were her grandfather, father, and brother. “Valentine” came from Spade’s maternal side; it was her grandfather’s middle name, given because he was born on Valentine’s Day. In 2016, Spade legally changed her surname to Valentine.

There are so many personal details -her husband, her daughter, and we know more about details of her death than maybe we should. My heart breaks for the loved ones she leaves. But, as much as I believe in love and honesty, I think that there are some stories that are only your families to tell. So,I’m not addressing her personal life. Her creations brough me joy, I understand her struggles, and so I’m chosing to love hard and wear great shoes as my homage to Kate Spade.

What is your favorite Kate Spade bag?
XO RA