Loves, dating horror stories are everywhere; this is my monthly attempt to be just a bit more like Carrie Bradshaw, expel some of my dating demons, and hopefully make you laugh (and feel better about your own dating life). Names and some unimportant facts have been changed to protect people; but the moral of the story is that if you want people to write warmly about you, you should probably behave better. Want more ex files? Try here, here, and here. You can also search Ex Files on the right (and check out my recent Instagrams, sign up for our newsletter, buy some SkinPrint!)

But without further ado, The One Who Got Married: 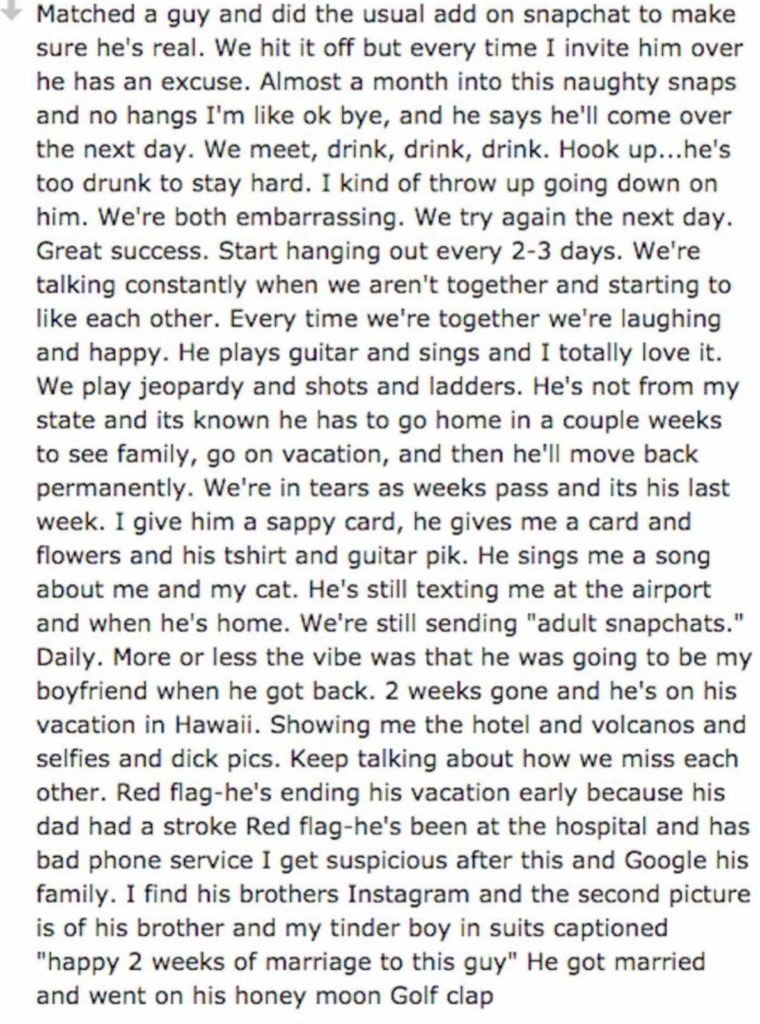 I found this charming story in one of those Facebook threads about horrible Tinder dates, and I had the realization that I, too, have a story about some one getting married. (A. Yes, I’m as horrified about that as you are B. Those “dating horror” story articles always make me happy as it makes me feel less alone C. WHO GETS MARRIED WHILE DATING SOMEONE ELSE?)

When I was in my early 20s, struggling in LA, I happened to meet a charming Irish drummer. I could barely understand anything he said due to his thick accent, but he was cute and sweet, and did I mention he was a drummer? I was in my 20s, it was enough. We didn’t have anything hot and heavy, or remotely serious. We went out for drinks twice, I went to see his band once. That was it, but he was sweet and called me at least a few times a week. On one such phone call, he asked me to go to Vegas with him for the weekend. I was working 3 jobs at the time, and couldn’t make it. He went, he had a good time, he called me the week after, I thought nothing of it.

However, he did begin to pull back after his Vegas trip. We made plans that fell through, he scaled back calling, we both lost a little interest. I didn’t really care; I was working 3 jobs and busy, and while I liked him, I didn’t LIKE him. But when he called me and asked me to come to his show the following weekend, I was in. (He was cute and he was a drummer). The day of the show, he called me to let me know that he had something to tell me. As it turns out, when he was in Vegas he got married, and his wife was going to be at the show. He said it was a “green card marriage”, but that his wife was taking it seriously, so I shouldn’t act like we were seeing each other at the show. I let him know that I wasn’t comfortable dating a married man, and we never spoke again.

This became a funny story, not something that I was upset about, because WHO GETS MARRIED and then thinks it won’t affect his dating life? As he and I never spoke again, I was left with many questions: Did his marriage last? Did she know he was dating? Did he really expect me to be ok with it? What would have happened if I went to Vegas-would he have asked me to marry him? Is he still drumming? We may never know.

The main lesson? Don’t get married while you’re dating someone else. It’s just weird.

Has this ever happened to you? I’d love to know!