It’s one of my favorite times of the month: Ex-files. Where I share horror stories from the dating world. Because if I (and others) have to live through it, we might as well laugh at it. Right?

The good news? This month’s dating horror story didn’t “happen” to me. But I was there (and got free drinks because of it). It involves Tinder (judge all we like, people meet there) and an airplane (because what makes a bad date worse? Not being able to leave). Without further ado, I give you: Tinder on an Airplane.

*Note names and some details have been changed/omitted to protect people. However, people own what you did to them. You want them to write warmly about you? Behave better. 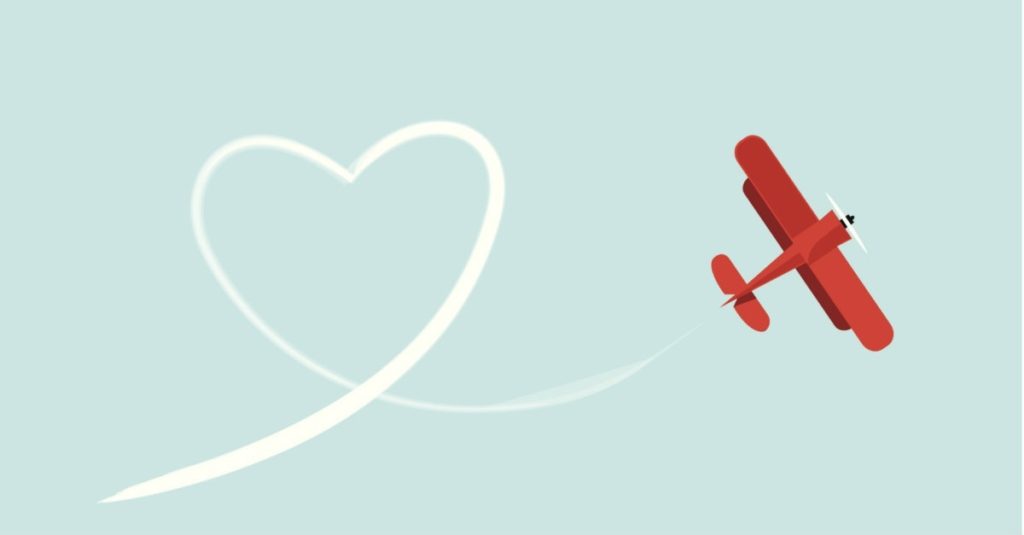 A few months ago, I was taking a girl’s trip with a friend. We were flying out on a Friday night and were looking forward to a row to ourselves (she’s a window lady, I prefer the aisle) and in-flight drinks. The dating horror gods, as luck would have it, had other plans. As the plan boarded, the announcement was made that the flight was full, and that people should take any avaible seat. You know, what no one wants to hear on an airplane when they’re in a row with an empty middle seat. My girlfriend caught the eye of a woman and her adorable puppy and motioned for her to sit with us. And our adventure began.

The woman’s name was Jane and she introduced her dog, Oliver, letting us know that while he’s cute, he can be an asshole. I replied by saying, “Aren’t all men?”

Don’t at me. See here, here, here, and here. More under the search “Ex Files” in the menu.

Someone who did want to debate that thought? The guy sitting in front of us. He turned around claiming “Not all guys”, and proceeded to promise to buy all of us a round during drink service. We laughed it off, but he was a man of his word. He got us all a drink, and that’s when things get really good.

We all exchanged names and basic details. His name was Ben, and he’s a scientist. Our friend Jane made sure that scientist meant that Ben worked with science, which was just a tell of things to come. As we were all chatting all of a sudden, Jane asked Ben if he had a dog named Benji. Ben did. Ben also rode bikes and had a house in a certain part of town.

It turns out that Ben and Jane had matched on Tinder, chatted, she gave him her number and he never called.

And now, we were all trapped on a plane together, drinking.

My girlfriend and I were amused. It soon became apparent that Ben and Jane were not a match.
She wanted to do shots and asked the flight attendants repeatedly why we couldn’t do whiskey shots.
Ben drank wine–and paid for drinks.
Jane didn’t seem to understand science or basic math (she couldn’t add 1+0), while Ben tried to explain a theory based in physics to us.
Ben was super friendly and kept buying drinks, Jane got jealous and increasingly upset that he never called her.
Jane thought that when she looked out the window and could no longer see the lights, that’s where the land ended.

There was no drama, no overt act of confrontation. Though Jane brought up the non-call more than once. Ben was a trooper, bought more than one round for everyone, including one after the flight at the bar in the airport. Somehow, even though she complained more than once about the lack of whiskey shots, Jane didn’t get cut off in the air. But it might have been one of the best flights I’ve been on, and the best Tinder date I’ve witnessed.

As we were all saying goodbye, Jane gave Ben her number again and asked my friend and I if we thought he would call this time. I hate to say it, but I somehow doubt he did.

Wishing us all a week of free drinks and amazing shoes! And great Tinder dates! Xo RA