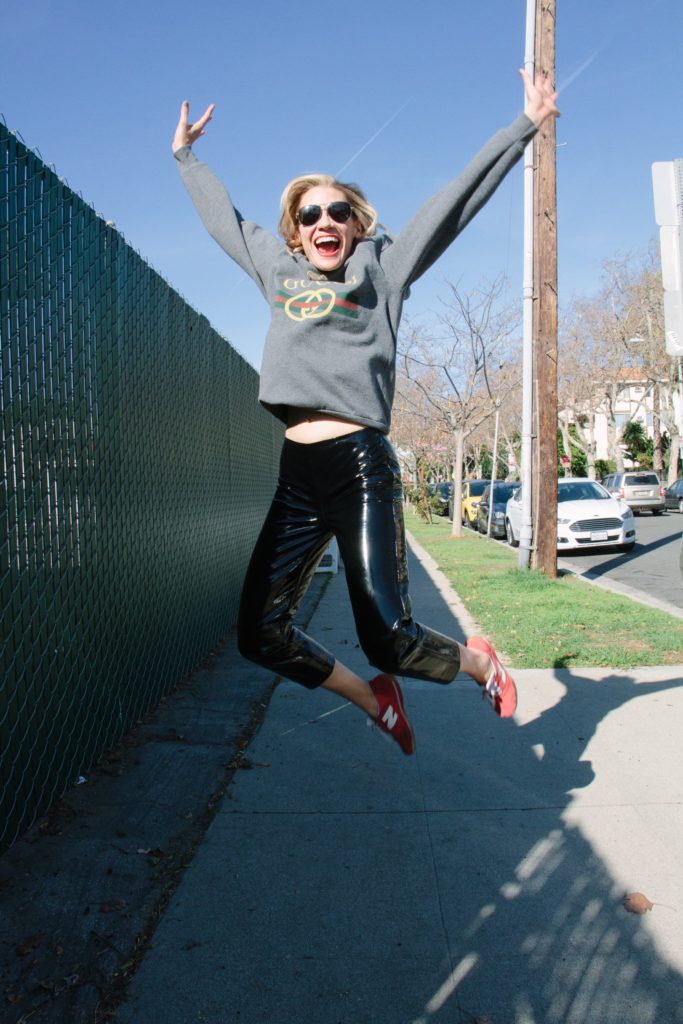 And we’re back. That’s right it’s Ex Files, dating horror stories, my final attempt to live my life a la Carrie Bradshaw. (And let’s not pretend horror only lives in fiction. Some of my ex files: The Ghosting, Tinder on an Airplane, The One Who Wouldn’t Take No, and of course The One Who Asked for his Money Back. More can be found under “Ex Files” in the search bar).

However, I have to admit, this month telling you a dating horror story was a little bit difficult for me. Not because I don’t have stories, because I got STORIES. But. There comes a time when you’re mining your love life every month when you realize that there are times that the horror story is partially due to your actions. (CLEARLY this is a rare instance, but when it happens, aren’t we the better person? The one that can take responsibility and learn and grow?) So, on that note: here is Jumping to Conclusions.

Jumping to Conclusions
One of my most favorite sayings is “Never assume. It makes an ass out of you and me”. It’s also how I remember to spell the word (my spelling issues are for another blog). But the thing about assumptions? They are usually based in something–if nothing else, fear.

Evan and I had been dating-on and off, for over a year. Had he been an asshole? Yes. Should I have listened to my friends and the red flags and let him go? Yes. (Stories for another day) But, once again, I had let myself get sucked into Evan’s charm. (Really he was just moody, but he was a writer so it seemed romantic, and my first “real” relationship in LA so it all seemed so BIG). Good and bad news about me? I’m loyal–way too loyal at times. And truly believe that once you agree to try again with someone you really try.

So, Evan and I were trying again. Friends of mine had invited us to the Hollywood Bowl for a concert. And Evan and I had agreed to go. However, as the days leading up to our “group date” sped by, Evan disappeared. Not answering texts. Not answering the phone. Not a peep from the man.
And. I. Was. Pissed.

Starting over is amazing, and can work. But, the thing is, you’re not always able to let go of some things. And it can hurt doubly when someone knows how to hurt you and it feels like they are doing those behaviors on purpose. Disappearing and leaving me hanging when we had plans? It very much felt like Evan was hurting me on purpose. Also–it’s so embarrassing when a guy does this to you in front of your friends.
So, I handled the situation like any hurt 20-something year old would.
I called Evan and left him a scathing voicemail letting him know what an asshole he was, and how done I was.

Days went by.
As one does, I cooled down.

Then I heard from Evan.
Why had he gone radio silent? His lung had collapsed (after fighting a cold that turned out to be a very serious infection). Evan had been in the hospital and unable to contact anyone.
I felt so horrid for jumping to conclusions.
We made up.

And while this may have been a relationship that wasn’t for me, this experience did teach me not to jump to conclusions all the time–or at least, not leave them a voicemail about your assumptions.

I’d love to hear all your horror stories! Have you ever been the bad guy?

Wishing us all a week of no jumps and amazing shoes! Xo RA